Imagine standing in a hot field picking grapes for hours without a break. It is exhausting and boring and hurts your back. There are no bathroom facilities. You’re paid very little—about a dollar an hour. Although grateful to have work, you feel disrespected.

In the early 1960s, in the small town of Delano, California, farmworkers had had enough. They called several strikes to demand higher pay and better working conditions from local grape growers. Their ideas caught on. In 1966, Filipino members of the Agricultural Workers Organizing Committee joined forces with Latino members of the National Farm Workers Association to form the United Farm Workers (UFW). Together they pushed for contracts with powerful California growers—a nearly impossible feat—by staging a nationwide grape boycott. 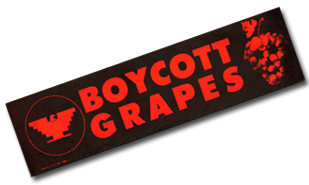 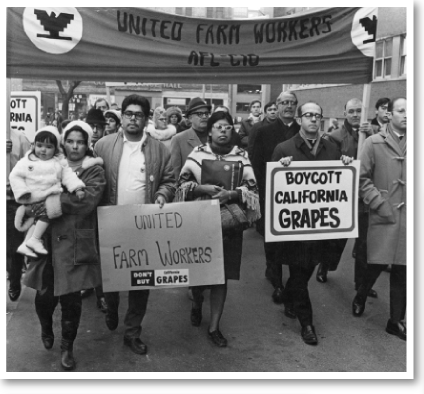 The Struggle to Organize

By the mid-1950s, many working Americans had organized into unions to gain more control over their working conditions. Farmworkers were an exception. The seemingly endless supply of labor, seasonal work, and constant relocating made it difficult to organize successfully. When the UFW formed in the mid-1960s, it had to overcome this history and battle powerful growers with far-reaching influence.

UFW leaders, especially union president Cesar Chavez, connected farmworkers’ rights to civil and human rights issues. This struck a nerve with supporters. The first grape boycott led to others. Each time, the UFW continued to raise awareness about the working conditions of farmworkers, stressing the dignity of the work and the worker. 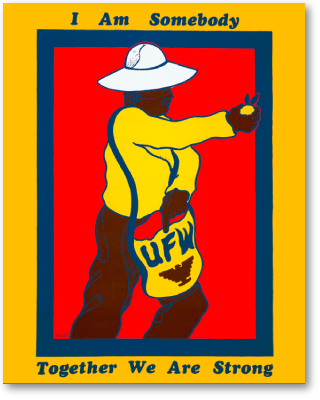 The UFW Encouraged and Inspired Members

UFW leaders encouraged workers to stick together to preserve a single union. They stressed the importance of the farmworkers’ voices, individually and collectively. A distinctive flag appeared on all UFW materials. The black Aztec eagle symbolized the dark situation of the farmworkers. The color red stood for the hard work and sacrifice of union members and the color white for hope and aspiration.

UFW leaders turned to Americans for help, asking them to boycott grapes in support of their fight for higher pay and better working conditions. At the height of the boycott, 17 million Americans participated. Boycotters stopped buying grapes, picketed stores that sold nonunion grapes, and spread the word about the cause. With the help of consumers, civil rights groups, and labor organizations, the UFW won contracts with most California grape growers by the summer of 1970.

Against the odds, the Brotherhood of Sleeping Car Porters became the first African American union to receive a charter from the American Federation of Labor and recognition from a major company.
Read the Pullman Porters story