If your land was taken away, your culture disrespected, and your past erased, what would you do? In 1973, a small group of Oglala Lakota on the Pine Ridge Indian Reservation spoke out against this repression. Encouraged by other civil rights movements, they challenged the federal government’s authority.

The Oglala Lakota took up arms and occupied Wounded Knee, a village on their reservation. They hoped to win back lost reservation land and change racist government policies toward American Indians. For 71 days, the roughly 200 people inside Wounded Knee fought federal forces. Two American Indians died. One federal officer was paralyzed. Although the occupation did not achieve lasting results, it inspired other American Indians to speak out. 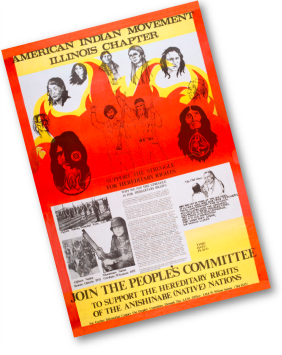 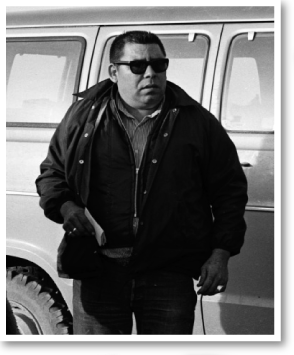 The people fighting the occupiers of Wounded Knee also had different points of view about what was happening. The Pine Ridge tribal government strongly opposed the occupation. Tribal chairman Dick Wilson fought back with words and weapons. He claimed the occupiers were outsiders who knew nothing about his reservation. Wilson organized roadblocks, and his supporters exchanged gunfire with those inside Wounded Knee.

The American Indians occupying Wounded Knee had a variety of viewpoints about their actions. Some Oglala Lakota Elders supported the occupation. Older leaders, like Frank Fools Crow, spoke up for what they believed was right. They thought that tribal chairman Dick Wilson did not respect traditional Lakota culture and asked for help fighting him.

Younger Oglala Lakota activists pushed the occupation forward. These activists, including Ellen Moves Camp, formed the Oglala Sioux Civil Rights Organization (OSCRO). They hated tribal chairman Dick Wilson, because they believed he did not listen to his people. OSCRO supported the American Indian Movement (AIM), a grassroots activist movement that was founded in the late 1960s, and invited the group to Wounded Knee.

Negotiations between the Oglala Lakota leaders and the federal government about new treaty rights had no lasting results. Activists, however, continued to speak out. Several months after the occupation ended, Oglala Lakota and Wounded Knee leader Ellen Moves Camp spoke in Chicago. The Illinois chapter of AIM continued to protest for native rights throughout North America.

During the 1960s and 1970s, some radical groups believed violence might be necessary to achieve freedom. AIM was one such group. AIM also sponsored community programs to help young people in cities like Minneapolis, Minnesota, with education and employment. Some people applauded the group’s efforts to call attention to their cause. For others, the threat of violent revolution turned them off to the group’s concerns about and struggles for freedom.

Just one day of the Civil War, the battle in 1863 at Railroad Redoubt, left 500 soldiers dead and more than 3,000 wounded.
Read the Civil War story