Two years into the Civil War, neither the North nor the South was winning. The Union (the North) fought to keep the country united. The Confederacy (the South) fought to protect their “way of life,” which included owning slaves. In 1863, the Union army attacked Vicksburg, Mississippi, an important Confederate transportation center.

Early on May 22, 1863, thousands of Union troops moved into position near the Railroad Redoubt, a Confederate fort outside of Vicksburg. Around dawn, Union artillery began bombarding the fort. By 10:00 a.m., the Union troops charged, running through ditches and bushes. By nightfall they retreated, unable to capture the fort. More than 500 soldiers died and more than 3,000 were wounded. The war dragged on, killing hundreds of thousands more before the Union victory in 1865. 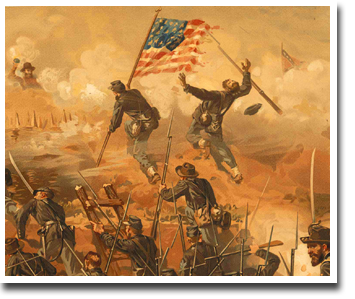 Chaos and Suffering on the Battlefield

The battle at Railroad Redoubt was noisy and confusing. Eighteen-year-old Confederate soldier Edwin Rice noted that some men fought “without orders and some obeying a wrong order.” They fought with guns and bayonets, long knives that attached to the end of rifles. During the battle, some Northern soldiers were trapped at the base of the fort they had tried to attack. Rice noticed the “piles of dead” Union troops who had tried to retreat. 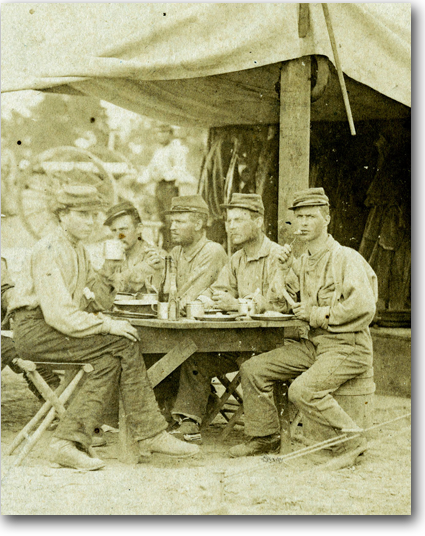 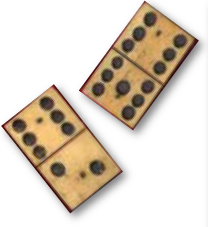 Boredom and Homesickness between Battles

Battles like Railroad Redoubt were intense. But most soldiers, Union and Confederate alike, fought boredom as much as the enemy. Tobias Charles Miller was a Union soldier from Galesburg, Illinois. In his diary, he described January 1, 1864: “spent the day in camp, there has been no excitement, no pleasure, all dull monotony.”

Playing games, singing songs, and writing letters home kept soldiers occupied during the long waits between marches and battles. Soldiers called card games “throwing the papers” and played dice games called sweet cloth or birdcage. They also spent their downtime cooking and eating, frequently using one pot to brew coffee and to cook. Meals often included hardtack, biscuits made from flour and water. Soldiers called the biscuits “worm castles,” because worms would burrow in them.

Years of broken treaties, racism, and repression led to a complex standoff between the United States government and American Indian activists in South Dakota in 1973.
Read the American Indian Rights story